Mark Preston (Tenna-Tsa-Teh) was born in Dawson City, Yukon 1960. He is of Tlingit and Irish ancestry presently living in Vancouver, British Columbia.

“When I think about what art is, it is more than illustration or objects to be doted over. Art is the magic, the glue that binds us all together. It is the language that transcends its forms.” 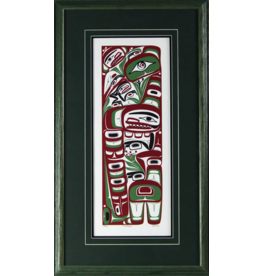 Preston, Mark Sandpiper
Add to cart
Sandpiper
C$450.00
By using our website, you agree to the use of cookies. These cookies help us understand how customers arrive at and use our site and help us make improvements. Hide this message More on cookies »