Stephanie Kewistep trained under the supervision of Heiltsuk artist Ben Houstie and Northern Tutchone artist Richard Shorty. She has been working for over eleven years producing original paintings, limited edition prints, drums, paddles, and t-shirts. Her artwork has been shown in galleries throughout British Columbia, as well as in private collections and various organizations in a world wide market. Danika Naccarella

Danika was born in Vancouver, British Columbia in 1997.   She moved to the remote community of Bella Coola in 2009 where she was exposed to the Nuxalk Culture.  Attending Acwsalcta School for her high school years, she studied and learned Nuxalk culture, including the songs, dances and art of the Nuxalk Nation.  Danika is now an avid painter of Northwest Coast art, mostly in acrylic mediums.

In 2013 Danika attended the Emily Carr University of Art & Design, participating in a “Summer Institute for Teens” taking the Aboriginal Arts Pre-University 4 week program.   At the end of the program they had an art exhibition where all the other students 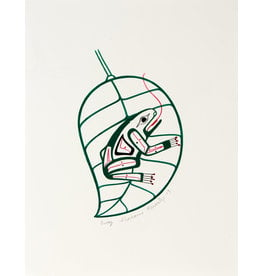 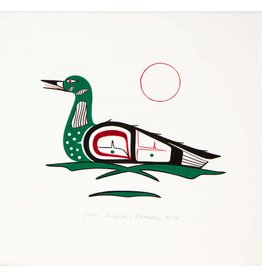 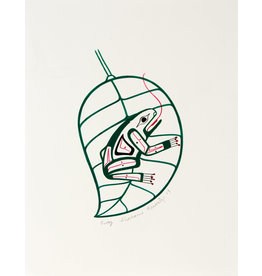