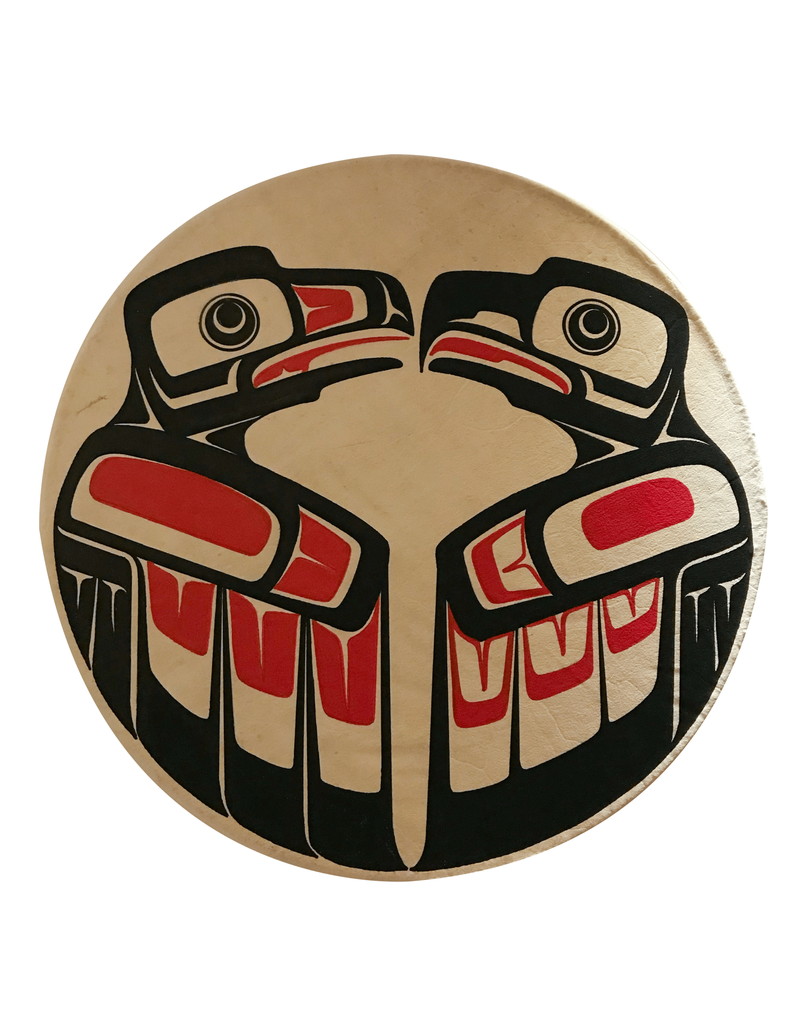 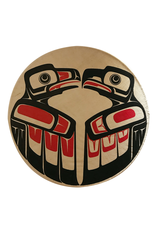 The frog represents the power of water and sound and is considered the cleaner of the spirit and the voice of the people. As a creature that lives in two worlds, the frog is revered for adaptability, knowledge and power to traverse worlds. The Frog can also be found at the bottom of the Totem Pole, with its legs stretched out, symbolizing stability. Haida people carved Frogs at the base of houses to prevent them from falling over.