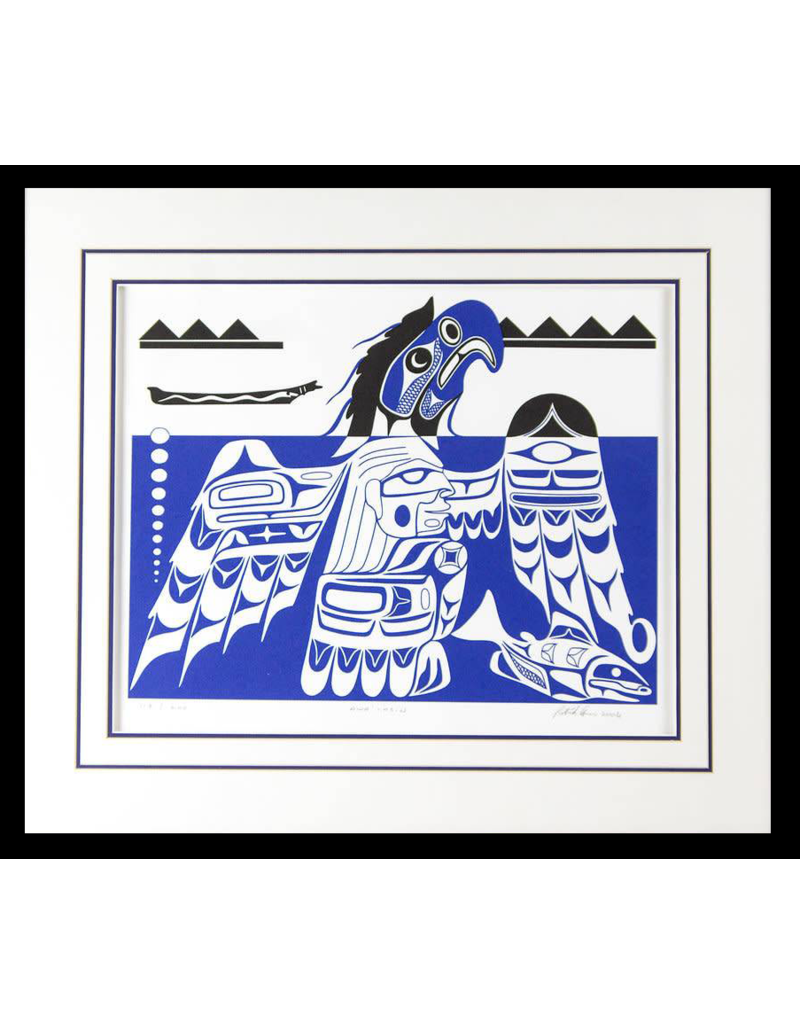 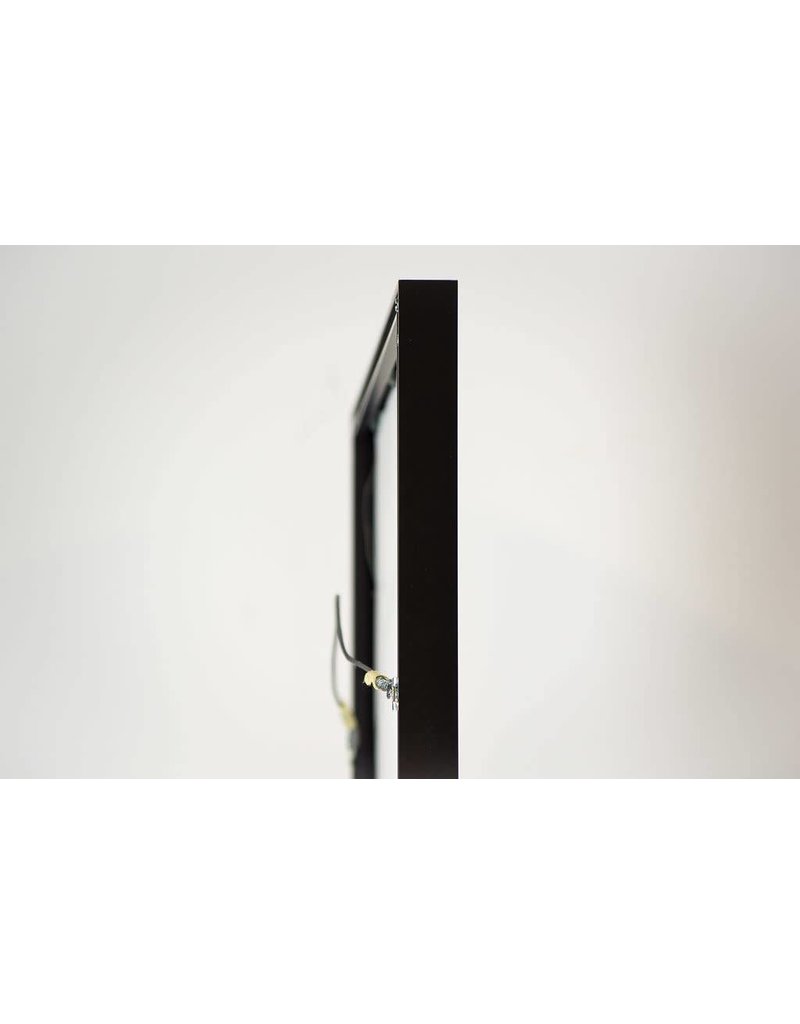 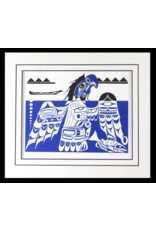 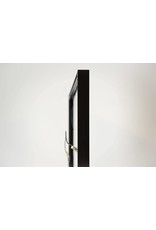 Awa'tasin, or Eagle of the Deep, is actually a giant sea turtle that has been spotted between Yuquot & Hesquiaht. They usually showed up when we had what we call el-nino. The reason we called them an Eagle of the Deep is because of its eagle-like beak.

Patrick Amos was born in 1957 on Nootka island into the Mowachaht Band, located on the Western Coast of Vancouver Island, in British Columbia, Canada. The Mowachaht Band is part of the Nuu-chah-nulth Nation which encapsulates 14 tribes that occupy the majority of the Western Coast of Vancouver Island. Patrick first started his artistic endeavours in 1976 designing and creating limited edition prints that he sold to the Royal British Columbia Museum shop in Victoria, British Columbia. Three years later, he started an apprenticeship under the guidance of Tony Hunt Sr. to master his carving skills. Today, the museum holds numerous paintings and prints of Patrick Amos's art in their permanent collection.