Wilf Sampson takes great pride in continuing Northwest Coast Indian art traditions exemplified in his carvings and paintings. All of his works are original designs, many of which invoke contemporary as well as traditional designs and motifs. He specializes in totem poles, carved and painted, decorative masks, as well as original-design paintings, but is just as proficient in other carvings and designs that are much admired. Many of his works are in private collections and galleries in several countries of Europe and Japan, as well as Canada and the United States. 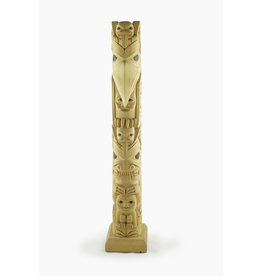 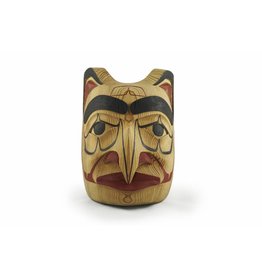 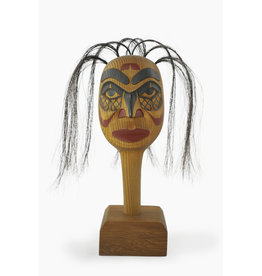 Sampson, Wilfred Shaman's Rattle 2
Add to cart
Shaman's Rattle 2
C$900.00
C$720.00
By using our website, you agree to the use of cookies. These cookies help us understand how customers arrive at and use our site and help us make improvements. Hide this message More on cookies »