Kwakwaka'wakw artist Francis Dick was born into the Musga’makw Dzawadaenutw Band of Kingcome Inlet. She is a descendant of the supernatural Wolf, Kawadelekala, who became the first of the Kingcome people. Most of her work contains images of Kawadelekala, acknowledging her contemporary ties to her cultural past. Francs says that "before anything else my work is about honouring my life process, my journey, through my fires, from places of pain and darkness to places that I might stand in my truth; my work is not a career, it is a way of life."

Francis offers drum-making workshops and is frequently asked to speak for various community organizations, women's groups and university classes. Although her primary forms of artistic expression have been through her paintings, prints and singing, she also works with gold and silver, and does some work with wood. Francis produced carvings in Alert Bay for several years, working with her first cousin Beau Dic, Bruce Alfred and Fah Ambers. Francis' career as a social worker was short-lived. She realized her work was honouring her gifts, where she is in her element. This has expanded into a new found love for writing and performing. Francis was initiated into the highest ranking society in her nation, the hamat'sa. Francis currently lives in Victoria, BC, working with her creative expression as her way of life. 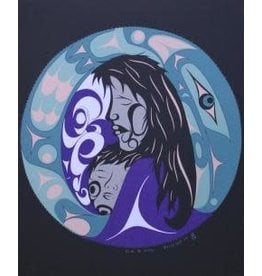 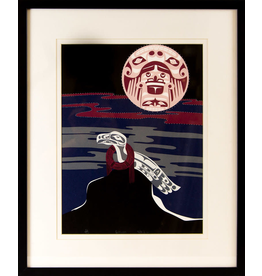 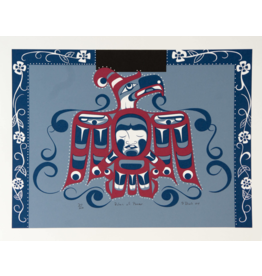 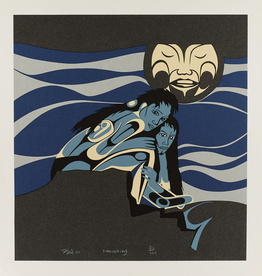 Dick, Francis Wondering
Add to cart
Wondering
C$150.00
By using our website, you agree to the use of cookies. These cookies help us understand how customers arrive at and use our site and help us make improvements. Hide this message More on cookies »